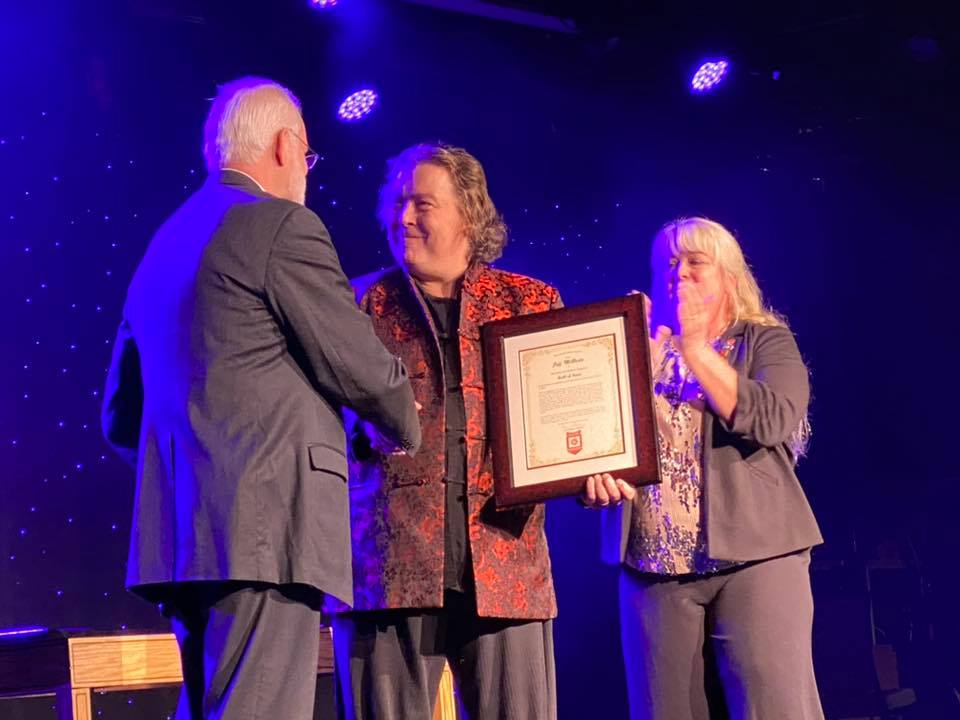 Jeff McBride inducted into the Magic Hall of Fame

Las Vegas, January 24, 2020—The Society of American Magicians just wound up its annual convention at The Golden Nugget in Las Vegas, magic capital of the world. As part of the festivities, the S.A.M. inducted Las Vegas’ own Jeff McBride along with McBride’s late mentor, Eugene Burger. McBride joins a very small group of living magicians in the Hall of Fame, including David Copperfield and Siegfried & Roy.

Audience in Las Vegas have been delighting to McBride’s performances since he first came here with Diana Ross, whose show was headlining at Ceasars Palace more than 30 years ago. He came back repeatedly as an opening act for such other luminaries and Tom Jones, David Brenner and George Carlin…and then as one of the youngest headliners in Vegas history when he starred in the Moulin Rouge revue at the Las Vegas Hilton (now the Westgate). McBride moved to Las Vegas in 1998, when he became a regular headliner at Caesars Magical Empire. It was during the run there that he was named to the “Vegas Best” list, and the Las Vegas Review Journal described his act as “Light years ahead of the  pack.”

The S.A.M. honor is only the latest for McBride, whose work encompasses not only performing, but speaking and teaching around the world, as well. He is founder and leader of McBride’s Magic & Mystery School, named by the BBC as the “world’s most prestigious school for magicians.”

The Society of American Magicians, founded on May 10, 1902, in Martinka’s famous magic shop in New York City, New York, is the oldest and most prestigious magical society in the world. For over a century it has promoted the ideals shared by Kellar, Houdini, Thurston and more than 50,000 others world-wide who have held membership in the society. Those ideals include the elevation of the Art of Magic, the promotion of harmony among magicians, and the opposition of the unnecessary public exposure of magical effects.

The S.A.M. Hall of Fame and Magic Museum, Inc., is a non-profit educational corporation, founded in l967. The facility, located in Hollywood, California, features several attractions including tours, performances, lectures on the history of magic and a library. The museum illustrates the history of magic from ancient Egypt to the twentieth century. Life-size figures of magicians are displayed performing effects for which they became famous.